Is Coconut Water Better For Exercise Than Sports Drinks?

Coconut water is the fluid gotten from inside the coconut. The canned versions you find in your supermarket is different of course due to preservatives, flavourings, colourings and chemicals.

Coconut based products have been in the news because of its supposed health and weight loss benefits. The flesh of the coconut is used to make coconut oil and is hailed as a weight loss agent because of its unique fat content. Coconut oil also does not change its properties at high temperatures while cooking unlike most other oils (including olive oil).

Research done however does not show show that coconut water is better than sports drinks for exercise performance.

Researchers gave runners bottled water, pure coconut water, coconut water from concentrate and a carbohydrate-electrolyte sports drink after exercise on four different occasions and found no significant difference in exercise performance between them. The researchers concluded that all tested beverages were capable of promoting rehydration and supporting subsequent exercise.

The runners however reported they felt more bloated and experienced greater stomach upset with coconut water and coconut water from concentrate.

I also noticed that the runners were tested "only" with a 60 min session on a treadmill. Runners and endurance athletes training beyond 60 mins may experience somewhat different results.

If your exercise session is less than an hour, water is still the best option. For longer training sessions, you may also drink coconut water if you want less calories and sugar.

By the way, getting the top of a coconut off is a real mess, fortunately Gino can do it pretty quick now. 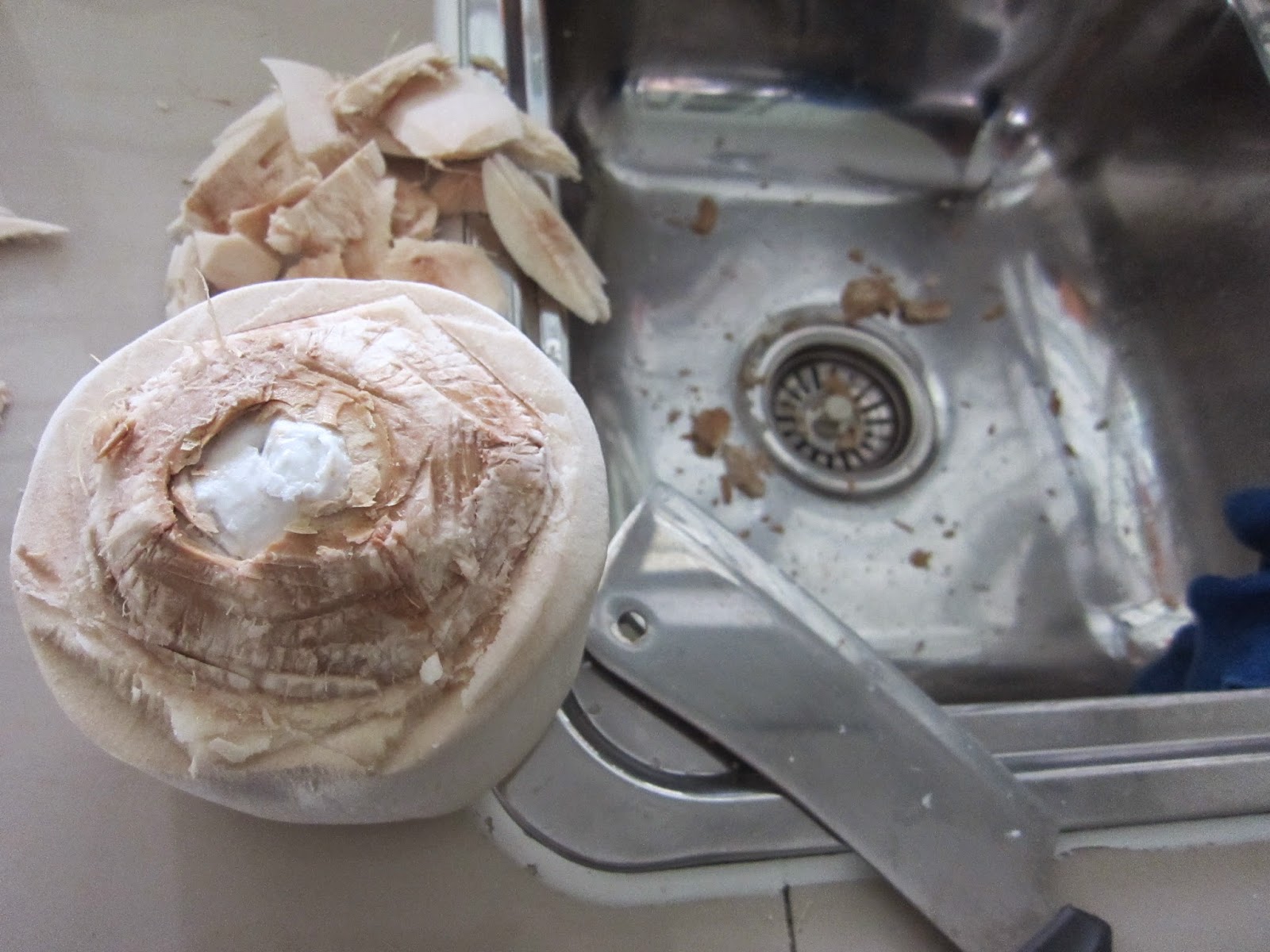